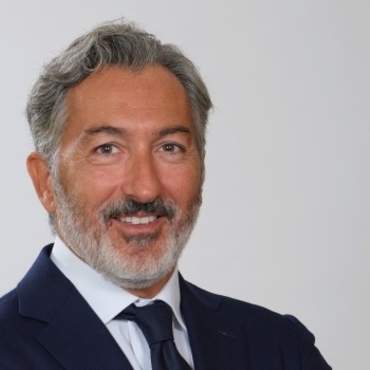 On 12 June 2020, Aldo Cristiano, Ferrero MSC GmbH & Co KG, was elected President by the members of the General Assembly of the European confectionery association CAOBISCO.

Aldo Cristiano began his career at ALDI Süd and moved to Ferrero over 20 years ago when its chocolate factory was built in Stadtallendorf. He started his career in raw cocoa purchasing in Germany and then spent 15 years in Global Raw Materials Purchasing at Ferrero in Luxembourg as Head of Group Raw Material Procurement. In autumn 2018, he returned to Germany as Head of Sustainability. In summer 2019, he took over the entire Institutional Affairs division in Germany.

Aldo Cristiano had been nominated as a candidate for this office by the Association of the German Confectionery Industry (BDSI). He has been Head of the Chocolate Product Group and Deputy Chairman of the BDSI since May 2019. He has also held various positions in several associations, including CAOBISCO, the Federation of Cocoa Commerce (FCC), the World Cocoa Foundation (WCF), and the International Cocoa Initiative (ICI).

This Web site uses cookies to enable core functionality and to personalize content and to analyze visits to the Web site. Some of these cookies are essential, while others help us improve your experience by providing insight into how you use the Site. For more information about the cookies we use, please refer to our Privacy Policy.

This cookie name is associated with the Matomo open source web analytics platform. It is used to help website owners track visitor behaviour and measure site performance. It is a pattern type cookie, where the prefix _pk_ses is followed by a short series of numbers and letters, which is believed to be a reference code for the domain setting the cookie. The main purpose of this cookie is: Performance

A matomo of statistics on user visits to the website, such as This includes, for example, the number of visits, average time spent on the website and which pages were read.

When the opt-out feature of the privacy policy page is used, there is a cookie called MATOMO_SESSID being created, this cookie is only temporary (it is called a nonce and helps prevent CSRF security issues).